Michael Campbell is one of Canada`s most respected business analysts, best known as the host of Canada's top-rated syndicated business radio show MoneyTalks and the Senior Business Analyst for BCTV News on Global. Through his hard work for SOBC, he was instrumental in securing a grant of $1 million.

Campbell’s fundraising efforts also include him being Chair of the annual Goldcorp Invitational Golf Tournament. Through his leadership and his considerable network, the tournament has gone from raising $70,000 a year for SOBC to more than $380,000 a year, making it one of SOBC’s most important fundraisers.

Since 2005, he has used his World Outlook Financial Conference to raise funds and awareness for SOBC, and he uses his MoneyTalks radio program to increase the visibility of SOBC programs, athletes, and sponsors. As well as being a dedicated fundraiser, Campbell donates generously to SOBC.

While being inducted, he said it was a great honour to be associated with so many wonderful people who dedicate their time to Special Olympics and are willing to take action to move the organization forward.

“This is a terrific honour, and what has made it that is the terrific people you get to hang out with,” Campbell said. “I work in a world where talk is rewarded. We work in a society where increasingly talking the right talk seems to be the measure. But that doesn’t get much done. We’re in a room right now where people are prepared to walk the walk.”

Rick Lucy has been an instrumental part of the success of the Law Enforcement Torch Run for Special Olympics BC. As the recently retired Deputy Chief Constable of the Abbotsford Police Department, Lucy has a long history with the LETR. He ran in the very first LETR event in B.C., from Calgary to Vancouver, to open the 1990 Special Olympics Canada Summer Games.

As a vital builder of the LETR in Abbotsford, Lucy has been an active leader on the BC LETR Executive Council and stepped into the role of Provincial Director in 2010, and he serves on the LETR International Executive Council as Regional Coordinator for Region XI (Canada). Lucy also sits on the SOBC Board of Directors.

"It is truly an honour and quite humbling for me to be named to the SOBC Hall of Fame," says Lucy. “I cherish every moment I've had with Special Olympics BC and LETR, and I look forward to continuing to build inclusive communities and enriching the lives of people with intellectual disabilities."

Pam and Moray Keith are significant supporters and influencers within the B.C. automotive community and have helped build a strong relationship between the New Car Dealers Association and Special Olympics BC. As owners and leaders of the Dueck Auto Group, Pam and Moray show remarkable dedication to helping Special Olympics BC athletes.

Pam is currently Past Chair on the SOBC Board of Directors, having previously served as Chair.  Both are heavily involved in all of SOBC’s major fundraising events, selflessly donating their time and money to the Goldcorp Invitational Golf Tournament, the Sports Celebrities Festival presented by Wheaton Precious Metals, the New Car Dealers Foundation / Special Olympics BC Auction, and the Vancouver Polar Plunge for SOBC presented by Westminster Savings Credit Union. Pam and Moray also encourage their employees to fundraise and volunteer for SOBC.

Pam and Moray host show-and-shines at their three dealerships, donating the funds raised to Special Olympics BC Locals.
On top of all this, they provide Special Olympics BC with the use of large trucks for transporting equipment for the Goldcorp Invitational Golf Tournament, Healthy Athlete screenings, and Provincial Games.

While receiving the honour, Moray Keith said his family are blessed to be a part of the Special Olympics family. He said it’s a humbling experience to be welcomed into the Hall of Fame.

“It really is an honour to be mentioned beside so many other worthy recipients, both past and present,” Moray said.

For the past 35 years, Colin MacKinnon has been a dedicated and true friend of Special Olympics BC. He is currently the longest-serving member on the SOBC Board of Directors, first joining in 1986. During this time he has held the positions of Chair, Past Chair, Treasurer, and Vice Chair, and has played a crucial role in the development of SOBC financial policies and practices.

For two decades, he was a key organizer of the Tiger Williams Golf Classic, which was one of the most significant sources of funds for SOBC for many years. When Tiger’s tournament wound up, he continued his support by volunteering on the Final Fore Golf Tournament and Goldcorp Invitational Golf Tournament committees.

In 2013, SOBC had the great pleasure of awarding MacKinnon with a Queen Elizabeth II Diamond Jubilee Medal. Created on the occasion of the 2012 celebrations of the 60th anniversary of Her Majesty Queen Elizabeth II’s accession to the Throne as Queen of Canada, the medal serves to recognize significant contributions and achievements by Canadians.

MacKinnon also served on the Special Olympics Canada Board of Directors for over 12 years, taking on many roles including Chair.

During his induction speech, MacKinnon said the SOBC Hall of Fame honour would not have been possible without the support of his family, who did so without reservation or hesitation.

“I’ve never been able to balance my Special Olympics ledger,” Mackinnon said. “From the beginning, I was driven by a feeling that I received more than I had given and it’s that core feeling that has motivated me for more than 35 years.”

Doug Holtby (pictured at right) volunteered for 15 years as a member of the Special Olympics BC Board of Directors, serving from 1996 to 2011. During his time on the Board, Special Olympics BC refocused its efforts on growth, quality and sustainability, and Doug’s guidance during this entire process was invaluable. Doug introduced Special Olympics BC to many of our major sponsors and helped build those relationships. 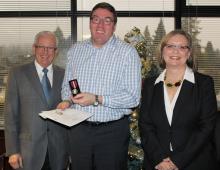 Since 1998, both Doug and Blair have provided leadership and direction for the Sports Celebrities Festival, which has become a cornerstone for providing funds and exposure for Special Olympics while fostering awareness and inclusion for SOBC athletes. The SCF has now raised more than $3.7 million for its charities, including almost $2 million for Special Olympics BC alone.

Blair and Doug have both made a significant impact on Special Olympics BC, benefitting the organization not only over the past 20 years, but long into the future. 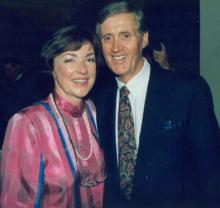 In 2003, the Carter family was inducted into the Special Olympics BC Hall of Fame in recognition of their remarkable contributions to SOBC since 1984. This is the first time that a family has been recognized in the Hall of Fame.

As a founding member of Special Olympics BC - Kelowna, Cherald spent years building one of the strongest and most well-established Special Olympics programs in British Columbia. She served on the Board of Directors for six years, as well as on the Provincial Program Committee. 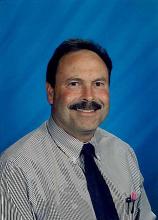 Hall of Fame inductee Bruce Jansen was instrumental in founding the Special Olympics BC organization in 1980.

As chairperson of the Northern Interior Special Olympics Games in the late 1970s and early 1980s, Bruce acquired knowledge and experience that was invaluable to the group that came together to establish Special Olympics BC in 1980. Bruce served on the Special Olympics BC Board of Directors from 1980 to 1988, holding many positions including those of the Program Chair and President. He assisted the organization in achieving significant growth and in laying down the framework for future development.

As chair of the Provincial Program Committee in the early 1980s, Bruce provided the vision, direction and focus for the introduction of policies, procedures, and structures that ensured the effective and efficient development of the organization. He served as Special Olympics BC representative on the National Programming Committee, and played a key role in initiating many of Special Olympics BC’s “firsts,” including the 1984 Provincial Summer Games.