To build the programs back up, Chic took an innovative approach. Oliver and Osoyoos are popular tourist destinations, and their populations can fluctuate between seasons, making fundraising a challenge. Chic reached out to the communities and asked if she could come every week and collect their bottles and cans for recycling, using the proceeds to benefit SOBC – South Okanagan programs. For the past dozen years, Chic has been the driving force behind this project, which nets thousands of dollars a year for the Local.

Along with playing a critical role in her Local’s fundraising, she has also developed an invitational bocce tournament in the area that has become one of summer’s annual “don’t miss” events.

Chic said it is a great honour to be recognized for her work and is thankful for all the support she has received over the years.

“It’s remarkable to be part of such a strong family and community of people that care so deeply for our athletes.”

Joanne Thom has been a dedicated Special Olympics BC – Kimberley/Cranbrook volunteer for the past 25 years. During that time she has worked tirelessly for the athletes of her Local, which is one of the hubs of her Region. Thom’s commitment to helping people with intellectual disabilities came to the forefront when she stepped up and took on the role of Local Coordinator.

Thom put in countless hours to resurrect one of the only SOBC alpine ski events in B.C., ensuring that athletes from around the province had a yearly competition. She also worked hard to bring a first-class golf tournament to the Local, helping raise valuable funds.

Her passion for serving her Local also extends to her commitment to volunteering for both provincial and national events. Always willing to lend a hand, Thom has represented B.C. as the parent liaison at five National Games and three World Games.
At the induction ceremony, Thom said she had no idea when she first became involved all those years ago that she would receive such an honour. While not generally at a loss for words, Thom admitted she was almost speechless when told of the honour.

"Like all of you, our families are our family, and our family increases immeasurably when we get involved in Special Olympics.”

Harry “Red” Foster knew what he was doing when he approached Howie and asked him to join the Special Olympics Canada Advisory Board, believing that Howie would stay involved for a long time and make wonderful things happen. That was over 40 years ago, and today Howie still provides vital support to Special Olympics athletes and programs.

With his influential and generous advocacy work, Howie has helped change the way our province and country see individuals with intellectual disabilities. He has also been a vital supporter of Special Olympics BC – Campbell River athletes and programs, championing them and lending his name and time to their annual golf tournament that has raised more than $750,000 over the past 28 years. His support has made an important difference in the lives of so many individuals with intellectual disabilities, and his direct involvement with athletes, family members, and volunteers is truly inspiring.

Howie has made a significant impact on the movement – an impact that has not only benefited our athletes, programs, and society over the past 40 years, but one that will continue to help change lives long into the future.

Since 1986, Jo has made significant contributions to Special Olympics BC. She started volunteering with SOBC – Victoria and over the years has held many positions, including Local Coordinator. But her efforts and influence did not stop with the Victoria Local; Jo held the position of Regional Coordinator for Region 6 for 15 years, served as the Chair of the SOBC Leadership Council, and was a member of the SOBC Board of Directors.

Jo also acted as Chef De Mission for Region 6 to at least six Provincial Games and was Mission Staff on two Provincial Teams to National Games. Jo has been a friend to all, knew every athlete’s name, and attended as many events, training sessions and meetings as she could in order to bring the Region, and later the Province, together.

When the volunteers in her Region were asked why she would be a good candidate for the SOBC Hall of Fame they said that Jo’s communication skills helped them build the Region. They felt she worked as diligently at the provincial level as she did at the regional level to represent the views of volunteers. 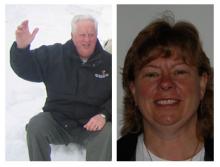 As founding members of Special Olympics in Campbell River, Maureen and Harvey Hunter have been coaching Special Olympics athletes since 1983 and 1985, respectively. They are strong supporters of athletes of all ability levels, and they are skilled in creating environments where athletes can achieve personal bests. They have coached and supported athletes in snowshoeing and swimming from the local level right up through Provincial and National Games to international competitions.

At the Hall of Fame presentation, Maureen and Harvey were clearly moved by the recognition. "I have been coaching for 25 years all because of the athletes. They are an inspiration to me," Maureen told the audience. Harvey has been equally affected by the athletes: "It is such an honour to work with Special Olympics athletes. From acceptance to generosity, they teach me as much, if not more, than what I teach them!" 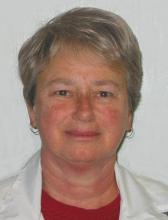 Sylvia was instrumental in founding the Special Olympics BC Local in Surrey, and worked hard to build a foundation on which the Local could grow. When she moved to Nanaimo, she helped found SOBC – Nanaimo and has volunteered as a Local Coordinator for this community since 1987.

In 2003, her years of service to Special Olympics BC were recognized with her induction into the Hall of Fame. 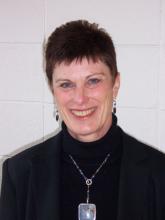 Marilyn McLean has been involved with Special Olympics BC since its inception in 1980 and was integral to the growth of the organization. She was a signatory to Special Olympics BC’s incorporation and was a founding member of the original Board of Directors.

Marilyn’s commitment to the Special Olympics BC mission inspired her to become one of the founding members of the SOBC – Kamloops Local. She was instrumental in initiating many of the Local’s programs, and worked tirelessly to ensure the success of Games and competitions in the Kamloops region.

Special Olympics BC was proud to induct Marilyn into the Hall of Fame in 2002 in recognition of her exemplary service.

Since 1984, Pam Sywulych’s unwavering belief in the value that Special Olympics BC programs provide to individuals with intellectual disabilities has motivated her to dedicate countless volunteer hours to making Special Olympics BC a vibrant, athlete-centred organization.

Pam was also instrumental in developing the Special Olympics BC Athlete Speakers Bureau, a program that trains Special Olympics athletes to develop their public speaking and leadership skills so that they can share their stories with potential athletes, volunteers and donors and educate them about Special Olympics BC.